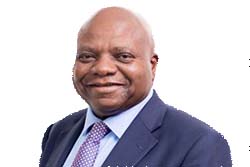 Mr Lovemore Tavaziya Manatsa was appointed Chairman of British American Tobacco Zimbabwe (Holdings) Limited (BAT Zimbabwe) in 2016, having served as Managing Director for British American Tobacco Zimbabwe (Holdings) Limited since September 2008. He holds an MSc in Leadership & Change Management (Leeds Metropolitian University), Bachelor Of Commerce (University of South Africa) and a Diploma in Journalism (international Press Insitute). He joined the Company as the Advertising Manager in 1995, and occupied various senior roles within the Company and within the BAT Southern Africa Markets Area. In mid - 2007 Lovemore was appointed Country Manager for the BAT Zambia & Malawi Cluster and was based in Lusaka. Lovemore retired from his last position as Managing Director of the Company on 31 January 2016 but remained as a Non-Executive Director. Lovemore also sits on the Board of Standard Chartered Bank Zimbabwe Limited as a Chairman. 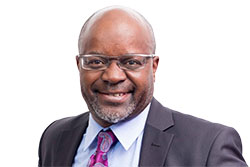 Mr Edwin Isaac Manikai is a Senior Partner of Dube Manikai and Hwacha law firm since 1998. He holds a BL (Hons), LLB (UZ) and was admitted as a legal practitioner in 1986. He has 33 years’ experience as a lawyer focusing on commercial legal practice. He commenced practice as an attorney with Gill, Godlonton & Gerrans, one of the established Harare law firms in 1985. He was a partner at this firm until May 1998 when he co-founded the commercial law firm, Dube Manikai & Hwacha Legal Practitioners in June 1998. He has advised on significant mining, energy and telecommunications transactions at world class levels. He is the leading figure in restructurings through schemes of arrangements, reconstructions in Zimbabwe. 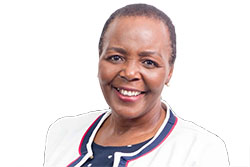 Mrs Rachel Pfungwa Kupara holds a Bachelor of Accountancy (Hons) and is a Chartered Accountant. She also has an MBA from Bradford University (UK). She has previously worked in the financial services sector, specifically banking and insurance at various senior levels. She is the former Managing Director of Zimnat Life Insurance Company Limited and Zimnat Life Assurance Company Limited. She also served as Finance Director and Chief Executive Officer of Ariston Holdings Limited, a ZSE listed, agriculture and agro-processing business. 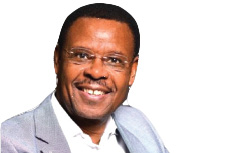 Mr Constantine Chikosi holds a law degree from the University of Zimbabwe, an MSc (Economics) from the University of Surrey (UK), is a Chartered Management Accountant (UK) and a graduate of INSEAD Business School (France). In over 19 years with the World Bank Group, Constantine held operational, management and strategy roles delivering development solutions for the Bank’s client countries through analytical work, high level policy dialogue and advising the Board on internal corporate strategy and forward-looking initiatives. He oversaw a threefold growth of the Bank’s investment portfolio in Southeast Asia as chair of committees that shaped the Bank’s investment portfolios. Constantine led the opening of the World Bank Office in Mauritius where he assisted the government in developing policy responses to the 2008 global financial crisis. Constantine is an independent Director of Mauritius Commercial Bank Group Ltd and serves on its Group Strategy Committee. He sits on the Advisory Board of Strand Hanson Ltd - a London-based investment bank. Mrs. Christelle Supparayen-Romeo is the General Manager for British American Tobacco Southern Africa Markets (SAM). Prior to being appointed General Manager, Mrs. Christelle Supparayen-Romeo held various senior positions within the BAT Group, including, being the Cluster Manager for British American Tobacco Central Africa. Mrs Supparayen-Romeo brings to the Board, a wealth of experience in marketing and trade. She holds an MBA International Business from the University of Mauritius and a BSc (Hons) Management from the University of Mauritius. Mr. Sivenasen Moodley holds a Masters in Business Administration from the University of Stellenbosch Business School and a Bachelor of Business Science Honours in Marketing from the University of Cape Town. He has over 15 years experience as Commercial Business Leader. Mr. Moodley brings a wealth of consumer experience to the Company, his expertise and proven track record in the customer space will be a tremendous asset to the business. Prior to joining the Company, Mr. Moodley occupied various senior management roles at Unilever South Africa (PTY) Ltd, for over 12 years where he left as the Account Director. Mr Moodley joined British American Tobacco South Africa in August 2018 and was subsequently appointed BAT Zimbabwe Managing Director effective 22 March 2022.

Mr. Vincent Kaloki holds a Masters of Science in Information Systems Engineering from the University of Sunderland and Bachelor of Business and Management Accounting from Egerton University. Prior to being appointed the Finance Director at BAT Zimbabwe, Mr. Vincent Kaloki held various senior positions within the BAT Group including British American Tobacco Congo as Head of Finance. Mr. Kaloki brings to the Board, a wealth of experience in finance, accounting and business partnering with multi-national organizations

Ms. Phyllis Chenjera has been appointed as the Company Secretary effective 01 April 2021. Ms. Chenjera is a seasoned Company Secretary with vast experience in the fields of Corporate Governance, Corporate Litigation, Internal and External Stakeholder Management. She holds a Master of Laws degree from Stellenbosch University and a Bachelor of Law (Honors) Degree from Midlands State University. In her working career, she has held various senior legal positions in reputable organisations such as Old Mutual and Powertel Communications. Phyllis’ most recent employment was with Metbank Zimbabwe where she served as Company Secretary